FORT LAUDERDALE – There are as many avenues in the City of Fort Lauderdale as there are ways to make money with Uber! So many Uber Partners are leaving tons of surge cash on the table and they don’t even know it! 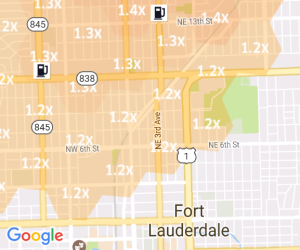 When the demand is high and fewer drivers are available, Uber optimizes the delivery of ride processing on a “first-come, first-serve” basis and the trip cost fluctuates accordingly based on Uber’s supply and demand algorithm modeling. For example, the surge which now features upfront pricing notifications, a trip that usually costs a rider $10.62 will cost $22.31 at a 2.1x surge. Recent updates in the Uber Driver App enables Driver Partners to observe surge zones in small “zoomable” modules, a really exciting Uber data stream for precisely pinpointing uptick revenue streams to make money with Uber fast! Surge is real and it’s pure liquidity bonus money, especially for Uber Partners equipped with Instant Pay for daily cash out of their earnings!

According to a recent Washington Post article, “At the core of Uber’s wild success and market valuation of over $41 billion is its data and algorithmically fueled approach to matching supply and demand for cars. It’s classic economics, supposedly: “Prices go up to encourage more drivers to go online. The increase in price is proportionate to demand,” says the official Uber video explaining their surge pricing system. It’s an easy line to buy into, but is Uber’s surge pricing algorithm really doing what they claim? Do surge prices really get more cars on the road?”

Even at 2 a.m on a Wednesday night in Lazy Lake, a village suburb of Fort Lauderdale, the surge is ranging from 1.4x to 2.1x. How is it that so many Uber Partners complain that they can’t make money with the Uber Driver app if interest in this “on-demand” service is peaking at 2 a.m with prices comparable to Yellow Taxi rates at 2.1x surge? Simply put, ignorance is bliss for those who fail to stay-in-the-know when it comes to making money with Uber.

CNET recently reported on the surge pricing phenomena, “Alternately, the more demand there is, the higher the surge. So the fare can be anything from double the original price, which Uber denotes as 2x, to eight times the original fare, or 8x. Theoretically the number could keep going up, but Uber says surge pricing rarely gets higher than 2.8x. The company also says that if passengers don’t want to pay the higher price, they don’t have to accept the ride. Uber’s rival Lyft has a similar feature called Prime Time.” You can make a lot of money with the Uber Surge: (“Screenshot of New Years Eve 2015 Earnings“). 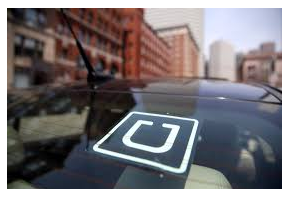 Information is Power! With over 20,000 engineers working to optimize and enhance the ride experience, Uber has innovated and updated the income data streams for its coalition of Driver Partners in so many ways, making it easier and easier to make money on the streets. Surge money left on the table means that you working 2x times or 3x times as hard to accomplish your weekly goals. The key to being a successful entrepreneur to work smarter, not harder. Looking at the big picture, any kind of surge over 2.1x is basically comparable to what you would expect to pay Yellow Cab, and everyone agrees that they can be expensive — yet loyal Uber riders willingly pay the extra markup for the luxury and transparency of the Uber service.

Loan Express: Get the Funding You Need in as little as 7 Days.  Apply now without a hard credit pull.
Get the Funding you need for your Business Startup Fast. We specialize in helping existing business owners!

Your funds can be obtained in as little as 7 days so you can reach your goals needs quickly. You will get a senior advisor to help you succeed. Fast and Simple and Unsecured. Get Up To 500k In Working Capital.

It is hard to believe that five or six Uber Driver app updates ago, Driver Partners struggled to get real-time earnings and driving rating information — now in 2017, the Uber Driver app is fully-equipped with easily-accessible modular surge data streams, cool badges earned for excellent customer service and so much more! The Uber Revolution continues!

For Driver Partners who have been on board with Uber since July 2015, it is hard not to appreciate all of the innovative advancements made in the Uber Driver app and the incredible ways you can earn side hustle income with the Uber Driver app! Click here to sign up to drive for Uber!

In a recent comment to the Washington Post, Uber spokesman Taylor Bennett stressed the long term perspective, “dynamic prices serve not only to allocate the existing set of drivers spatially over a city, but also to signal when the highest value times are for driving.” Such high value times are communicated to drivers via their in-dashboard app which they can learn from, as well as by examining their earnings reports.”

To sweeten the prize, Uber has partnered with Stride Health and Credit Karma to offer its Driver Partners enrollment access to the ACA exchanges and free tax preparation in 2017. After test driving the Credit Karma tax preparation service for free, it is safe to say that is very comparable to any of the other e-file services online such as TurboTax and CompleteTax. Sign up to drive for both Uber and Lyft and maximize your earnings with tax deductions from both platforms. Click here to sign up to drive for Lyft!

If you are new to the game, make sure you don’t leave surge money on the Table! Surge money could easily boost your earnings by 30% or more each week! Stay-in-the-know and keep your Uber Driver app close, it’s your best friend when you need to make some fast surge money!

Reference: Sir Richard Branson: “Losing My Virginity: How I Survived, Had Fun, and Made a Fortune Doing Business My Way.”
Reference: Louis L’Amour: “Tucker: A Novel.”

Get an unsecured credit line at 0% interest!

Create your own WordPress Site!

Work on a Luxury Cruise Ship

Get Blog Posts for your Site!

Sow a Seed of Love for Haiti